Fantastic Time to Buy a Home in Orlando, FL 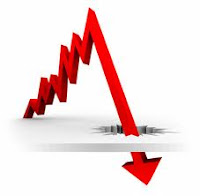 Start your year off on a positive note by taking advantage of the low, low 15 or 30 year fixed rate mortgages!

WASHINGTON (AP) - 2012 looks to be another year of opportunity for the few who can afford to buy or refinance a home.

The average rate on the 30-year fixed mortgage fell to 3.91 percent this week, Freddie Mac said Thursday. That matches the record low reached two weeks ago.

Mortgage rates are lower because they tend to track the yield on the 10-year Treasury note, which fell below 2 percent this week. They could fall even lower this year if the Fed launches another round of bond purchases, as some economists expect.

Still, cheap mortgage rates have done little too boost the depressed housing market. For eight straight weeks at the end of 2011, the average fixed mortgage rates hovered around 4 percent. Yet many Americans either can't take advantage of the rates or have already done so.

High unemployment and scant wage gains have made it harder for many people to qualify for loans. Many don't want to sink money into a home that they fear could lose value over the next few years.

Previously occupied homes are selling just slightly ahead of 2010's dismal pace. New-home sales in 2011 will likely be the worst year on records going back half a century.

Builders are hopeful that the low rates could boost sales next year. Low mortgage rates were cited as a key reason the National Association of Home Builders survey of builder sentiment rose in December to its highest level in more than a year.

But so far, rates are having no major impact. Mortgage applications have fallen slightly in recent weeks, according to the Mortgage Bankers Association.

To calculate the average rates, Freddie Mac surveys lenders across the country Monday through Wednesday of each week. The average rates don't include extra fees, known as points, which most borrowers must pay to get the lowest rates. One point equals 1 percent of the loan amount.

Copyright 2012 The Associated Press. All rights reserved. This material may not be published, broadcast, rewritten or redistributed.


If you or someone you know is thinking of buying a home, please give me a call at 407-257-3433. I would be honored to represent you in getting a great deal!
Posted by Julie Boyd-Elrod at 2:47 PM

Bless you for this particular exceptional posting; this is the type of item that maintains me though out the day.We've always heard been looking close to for a site just after I observed about these from a friend and was pleased when I was able to locate it following browsing for some time. Becoming a passionate blogger, I'm delighted to view other folks taking gumption and surrounding to your community. I just needed to opinion to show my thankfulness for one's publish as it is particularly encouraging, and lots of freelance writers usually do not get the credit score they ought to have. I'm confident I'll be again and will send out some of my friends.
REO Properties Florida

The Wusthof X-Line are best essayservice reviewer ideal for cooks who hold their cutting edges with the press handle/edge handle. Because of the one of a kind move from handle to edge it feels more ordinary than various sharp edges. Additionally, the X-line sharp edges have a pottery covering that will make you even less grinding in the midst of cutting and less staying food.To bring the X-Line course of action fairly more thought we have this now for grandly engaged rates on offer. So the edge is as of now open for € 82.95.To know more visit our site.

Your article is very informative and useful for those who are interested to buy a new home.
tyrosresort.com
sudburyrealestateexpert.com

Want to know what your home is worth?

Are you interested in what your home is worth in today's market?