Orlando’s Turning It Around!

This is GREAT news for the Orlando area! Orlando is ranked 2nd in leading the nation towards a general recovery and stability of the housing sector and Orlando leads the nation in the ratio of Realtor.com (the National Association of Realtors' website) searches to listings. Orlando's inventory is balancing out with demand and foreclosures in this area are down 58% in Sept. of this year compared to the same time last year. Turning it around indeed Orlando!!! 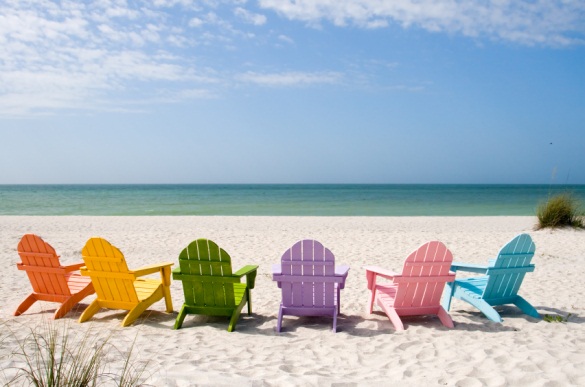 Though the past four years have seen many cities suffering from large numbers of foreclosures and a loss in home values, ten of these real estate markets are now leading the nation towards a general recovery and stability of the housing sector.

Miami, FL: The number one town on the report, Miami has gone from being one of the first victims of the subprime crash to having a healthy inventory that is only half the size from a year ago. Today, Miami is only reporting one foreclosure for every 407 homes, compared to the national rate of one per every 213. And, condo sales have increased 79 percent in the first five months of this year, largely due to an influx of foreign investors.

Orlando, FL: Ranked second on the report, Orlando leads the nation in the ratio of Realtor.com searches to listings. Inventory has also obtained a balance with demand. Foreclosures hurt the market in 2007-08, but foreclosures in Orlando were down 58 percent in September, compared to last year.

Fort Myers-Cape Coral, FL: Median prices in Fort Myers-Cape Coral have increased almost 33% year-over-year, according to Realtor.com’s October 2011 Real Estate Trend Data. In addition, foreclosures are down–only one in 313 homes in September–while inventory has been reduced and foreign buyers have been attracted to the area’s real estate prices. The metro ranked third on the turnaround report.

Fort Lauderdale: FL: A decrease in inventory coupled with an uptick in prices earns Fort Lauderdale the number five spot on the report. Inventory decreased almost 38 percent year-over-year, according to Realtor.com’s October data report. Prices have fallen about 46 percent since 2006, but are now going up.

Sarasota-Bradenton, FL: A total of 11 percent of all foreign buyers in Florida are in Sarasota-Bradenton specifically. Number six on the turnaround report, the market has seen a list prices increase of more than 17 percent year-0ver-year and a decrease of inventory of 32 percent according to the Realtor.com October data. The market still has a long way to go, after losing more than 55 percent of home values from 2006 to the second quarter of 2011 due to foreclosures.

Check back in tomorrow for a closer look at the remaining four markets!

Current estimates are that nationwide, 6.3 million U.S. homeowners are more than 30 days late on their mortgage and in some stage of foreclosure. “The problem is compounded by the fact that nearly one fourth of all U.S. homeowners are ‘underwater’ on their mortgage—meaning they owe more on their home than they could net from selling it in today’s market,” noted Julie Boyd-Elrod, Realtor.

“Too often, the solution for homeowners faced with an underwater and unaffordable mortgage has been to let the home slip into foreclosure,” Julie observed. Seismic economic shifts have changed the dynamics of real estate transactions and the level of expertise needed to ensure success, Boyd-Elrod added.

As Certified Distressed Property Expert (CDPE), Julie pointed out that the long-ter

m implications of foreclosure cannot be underestimated. Committed to helping homeowners to understand their alternatives to foreclosure and to take action that will change their current financial course Julie has developed a report entitled, “Change the Course! And Navigate Away from an Unmanageable Mortgage,” that can be downloaded from her website, www.ExpertatShortSales.com.

“Too often, the anxiety associated with missed mortgage payments and the fear of putting ones trust in the wrong hands, causes homeowners who are heading toward foreclosure to avoid seeking help or pursuing a short sale,” Boyd-Elrod said.

Real estate agents who have received the Certified Distressed Property Expert (CDPE) designation have proactively sought out the most respected and recognized designation for helping clients within the complicated and highly charged distressed property arena.

If you or someone you know are in danger of foreclosure, please contact me today.

Reports of foreclosures by the millions have been in the news so much over the past few years that to some, it might seem like the new normal.

But as a real estate professional who is in the trenches with financially stressed homeowners every day, it never for a second feels to me like business-as-usual.

The prospect of losing ones home is right up there among the major sources of grief, and often, it goes hand in hand with other tragic setbacks such as the loss of a job, a divorce, death of a loved one, mounting medical bills or skyrocketing mortgage payments.

Unfortunately, the first stage of grief is denial, and that’s even more the case when the threat of foreclosure is looming. No one wants to talk about or admit financial troubles—even when millions of others have found themselves in a similar spot. It’s completely understandable, but for homeowners who are behind on mortgage payments, decisive action is often the most critical step toward ensuring the best possible solution.

As a real estate professional who has sought out the Certified Distressed Property Expert (CDPE) designation, I help homeowners to deal with every aspect of the grief and uncertainty that accompanies a mortgage which is no longer manageable. In the process, I help them to get on a path of financial solvency.

If you or someone you care about would like to change the course of a life that’s facing foreclosure, I get it and I can help.

Want to know what your home is worth?

Are you interested in what your home is worth in today's market?